“I wrote this song to tell the story of leaving my job to pursue music and ministry and almost losing it all,” Legin recounts. “That’s when God spoke clearly through a friend who told me, ‘Don’t give up, He’s got you right where He wants you.’ Looking back, God was taking away all of the things I had for back-up. I think He wanted me to see that those things would fail me, but He would not. And He never did. Seven years later—with a healthy family, ministry and music career—He hasn’t failed. Not once. I feel blessed knowing the Father has my back like that.”

Following the single’s debut, Legin will launch the GOOD ENUF Virtual Concert Series March 16 at 8:00 pm ET. Directly addressing the marked rise in depression and suicide over the past year—particularly among youth and young adults—the four-part online series is designed to shine a light on the benefits of counseling and mental health services. In addition, GOOD ENUF events aim to connect those in need with helpful resources, while raising funds to subsidize counseling expenses for as many people as possible. Tickets for the March 16 inaugural GOOD ENUF Virtual Concert are available here.

“I know what it’s like to not feel good enough—as a man, husband, father, artist, speaker,” Legin shares. “I know what it’s like to feel I don’t quite measure up; that I can’t overcome my past rejections, pains and hurts; and that I’ll never ‘make it.’ “But I also know that God says something different about me: ‘…while we were yet sinners, Christ died for us’ (Romans 5:8). That means that on my worst day, God still thought I was worth dying for. And if the Creator of all thinks that of me, I am GOOD ENUF.”

“I’ve believed this for a long time, but it was a challenge to connect that in my heart,” he admits. “I entered counseling last year and learned that by dealing with my past traumas, I was free to truly embrace how much God loves me. My own counselor will join me on stage during this first concert, and our goal is to be transparent and vulnerable; to connect with the audience; to destigmatize counseling; and to hopefully make it an option for somebody.” 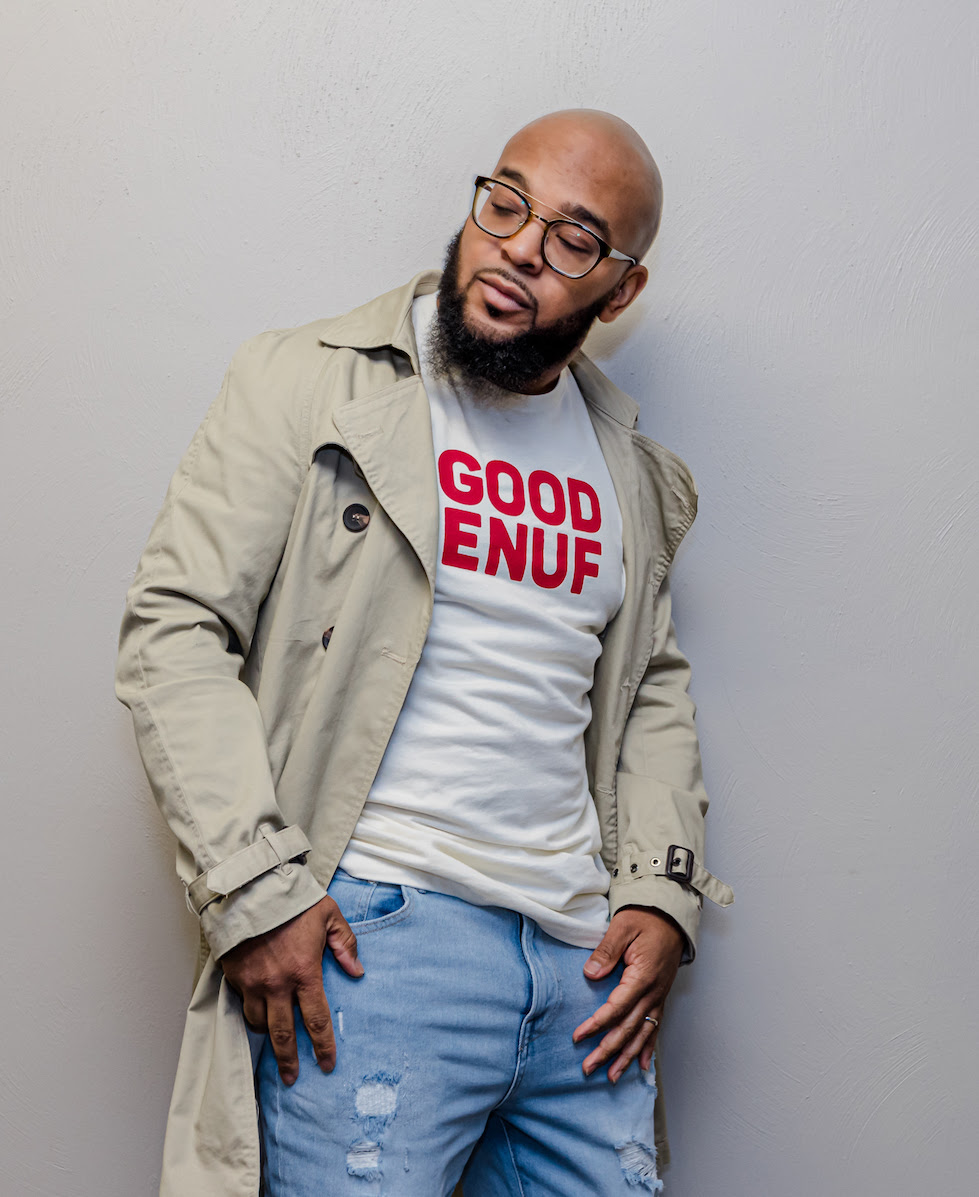 Legin is a church leader, speaker, community advocate and acclaimed hip-hop and spoken word artist. He currently serves as the Creative Visionary at CrossRoads Church in Norfolk, Virginia, where he has preached monthly for nearly eight years. In 2016, Legin and Pastor Kevin Tremper of CrossRoads formed the Hampton Roads City Collective. Through relationship building, panel discussions and other gatherings, the collective has sought to help faith leaders in the community engage in difficult conversations about race, justice and the Gospel. Additionally, in 2017 Legin helped create the Safe House Project, an organization that works to unite communities across America to end domestic sex trafficking, while empowering survivors with hope, freedom and a future. (photo: Annette Holloway)

As an artist, he has released 10 recordings, including 2017’s Safe House and 2018’s Dark Room EP. His 2020 EP, In This Moment, is a personal and passionate musical response to racial injustice, political divisiveness and disunity in the country. The project was birthed during a prayer march Legin helped organize and host in Norfolk, following the death of George Floyd. The march drew 5,000 people, including leaders from more than 100 churches and organizations in the community.

NASHVILLE, Tenn. (July 12, 2019) –The wait is over! For the first time in 10 years, celebrated vocal group Avalon’s has released brand new music. The single,”Keeper of My Heart,” is available NOW – via […]

Nashville, Tenn. (May 24, 2019) – Surrounding the release of their latest album Just The Cross, Influencershave spent street week helming three worship nights in both Atlanta and Australia. The concerts follow a pre-release session […]